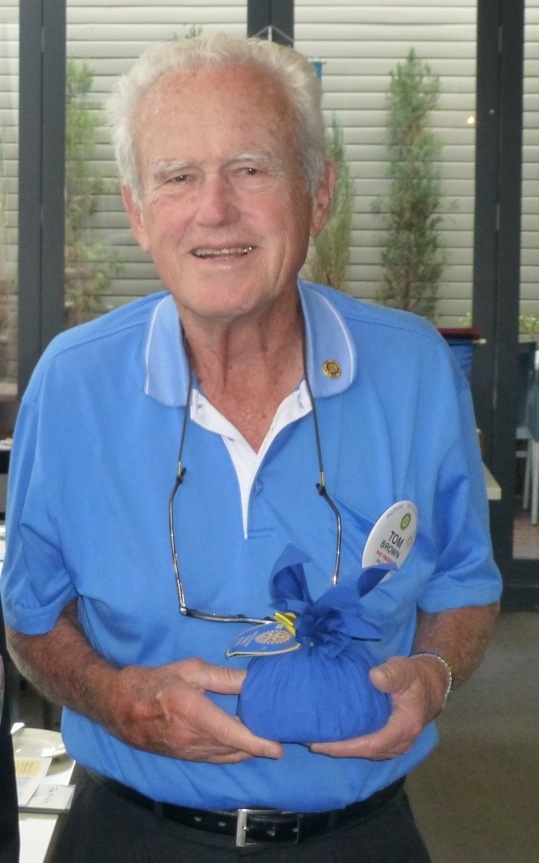 Tom joined the Rotary Club of Heidelberg on 25 July 2011. Before that he was a member of The Rotary Club of Tracy, California for 38 years. He was awarded a Sapphire Paul Harris Fellowship for his work in that Club.

Tom served in the United States Navy for 24 years and was an officer in the Marines.

Tom was a very enthusiastic member of our Club, participating in all the service activities, and he and his wife Janet joined in the Club’s social events. Tom served at the front desk at our weekly meetings, where he welcomed us, received our payments and recorded our attendance. Whenever there was hands-on work to do, such as a BBQ or Golf day, Tom was there with a ready smile.

He always had a 100% attendance record, until his health declined, and even then he made every effort to get to meetings. Tom suffered a major stroke and a number of falls, which resulted in several spells in hospital and a time incapacitated at home. He was forever courageous and cheerful, and always made light of his ill health and injuries.

Tom was a good friend to all in our Club and we will miss him greatly.