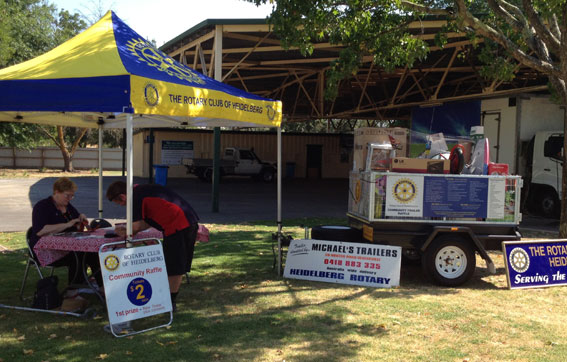 On a very hot day at Yarra Glen races we sold about 125 tickets in about 4 hours.

The crowd was small as it was the racing club’s first meeting for 2 years and they were also up against a good Bendigo meeting, but the sales still relate to a ticket about every 2 minutes so that’s not too bad. 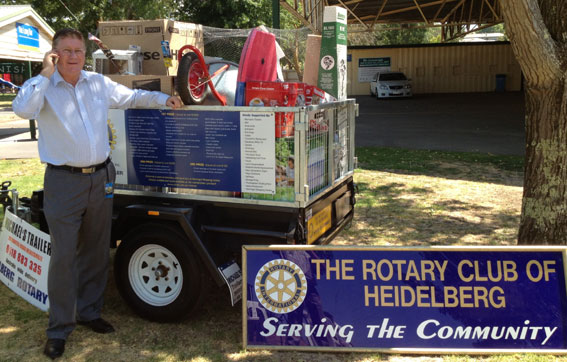 The State Minister for Racing, Denis Napthine was there and bought a few tickets for himself and one for the Premier, Ted Bailleau. The photo of him with the trailer shows him actually on the phone talking to the Premier and telling him he is going to buy him a ticket in the Rotary Raffle.
The ticket purchased for the Premier is ticket number 2239.