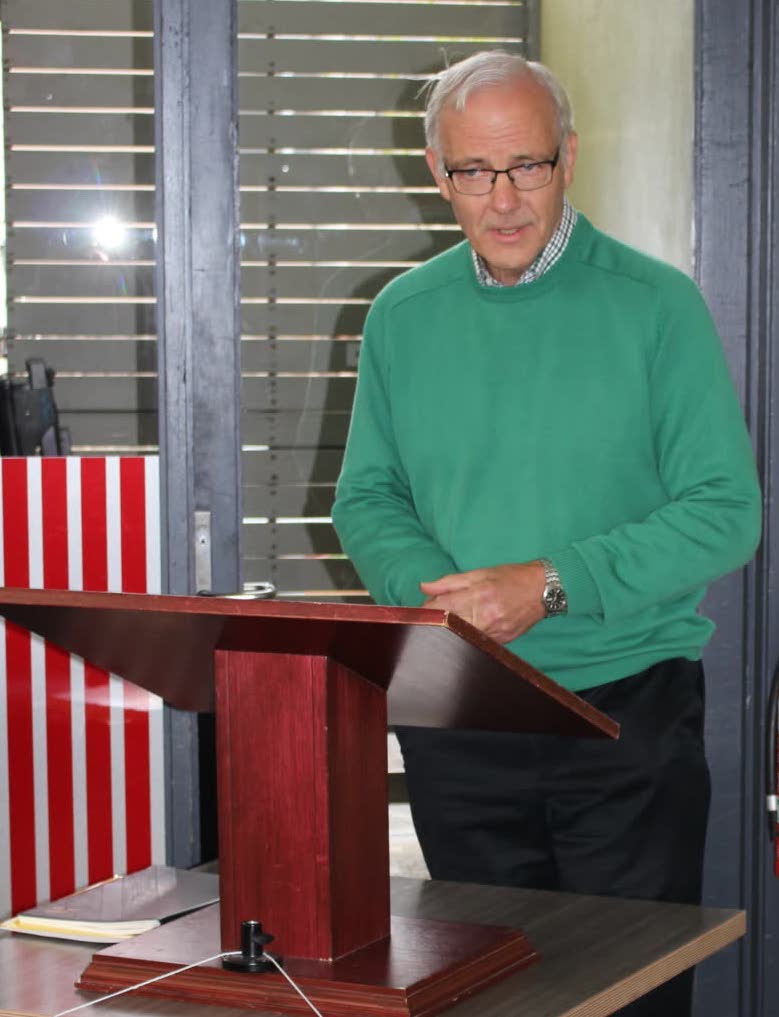 It was during the 2016 year that this club’s Board determined to formally recognize the valuable work that two of our own Heidelberg family had performed to the benefit of the entire District 9790. An Extract of Minute from the 17 May 2016 Rotary Club of Heidelberg Board Meeting reads: PHF Recognition: Rodger to apply for PHF recognition with Sapphire for District Governor Richard Luke, and Lorna Luke PHF (in acknowledgement of role of District Governor and spouse).

Rodger Tice IPP successfully undertook the application and up until now the presentation itself has been in abeyance. I am advised that Richard bravely volunteered to become the fourth DG from our Club in the then period of 60 years since this Club was chartered. It was an enormous undertaking, which involved leading a District of 64Clubs and some 1600 members for the year 2015-16, and with the support of this club, organizing and running the District Annual Conference in that year.

Richard’s role as DG was not one year’s work but multiple years as DG Nominee and then as DG Elect -leading up to the 2015-16 year as District 9790 Governor.Richard was then, as he is now, more than ably supported by Lorna, and in their “year” or should I say YEARS they visited all Clubs in the District, whilst discharging a multitude of significant responsibilities.

As 3 years have passed, it is just a little overdue that this recognition be formally presented (again). It was hoped that this presentation could have been made at “Carousel” Changeover on 24thJune, but Richard and Lorna probably smelt a rat and booked a trip back to the old dart and therefore they will be away on that date.

This presentation is our Club’s way of acknowledging the ongoing success of District 9790, due in no small part to Richard’s year of leadership, whilst formally thanking both Richard and Lorna for the excellent job they did, in sometimes adverse circumstances. Truly “Service Above Self”.