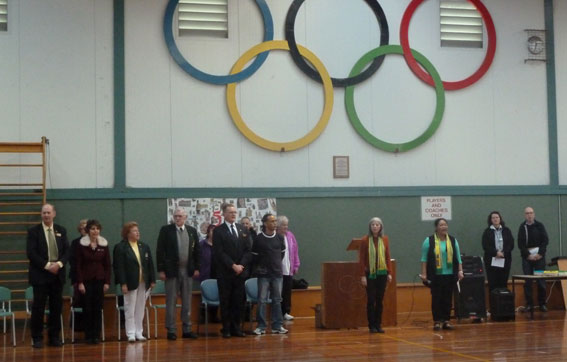 With Olympians from around the world gathered in London for the 2012 Olympic Games, Olympic Village Primary School in West Heidelberg took the opportunity to reminisce on the 1956 Games held in Melbourne and the development of the Olympic Village precinct.

A “56 Years since 1956” day was held at the school on Friday, 3rd August and the local community joined in to remember and celebrate the Olympic Games that put the world’s spotlight on Melbourne.

The 1956 Games Opening Ceremony was re-enacted, students conducted a parade of nations around the school yard, dignitaries made speeches and competitors from the 1956 Games related stories of their experience at the Games. 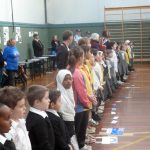 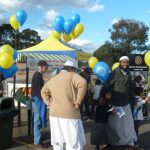 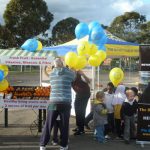 The original Olympic rings from the Melbourne Games are housed in the school’s gymnasium and it was a moving experience indeed as the Australian anthem was sung by the students under that historic symbol donated by our Rotary club.
The Rotary Club of Heidelberg was pleased to be involved in the occasion and distributed fresh fruit and balloons to compliment the Sausage Sizzle provided by a local men’s group.